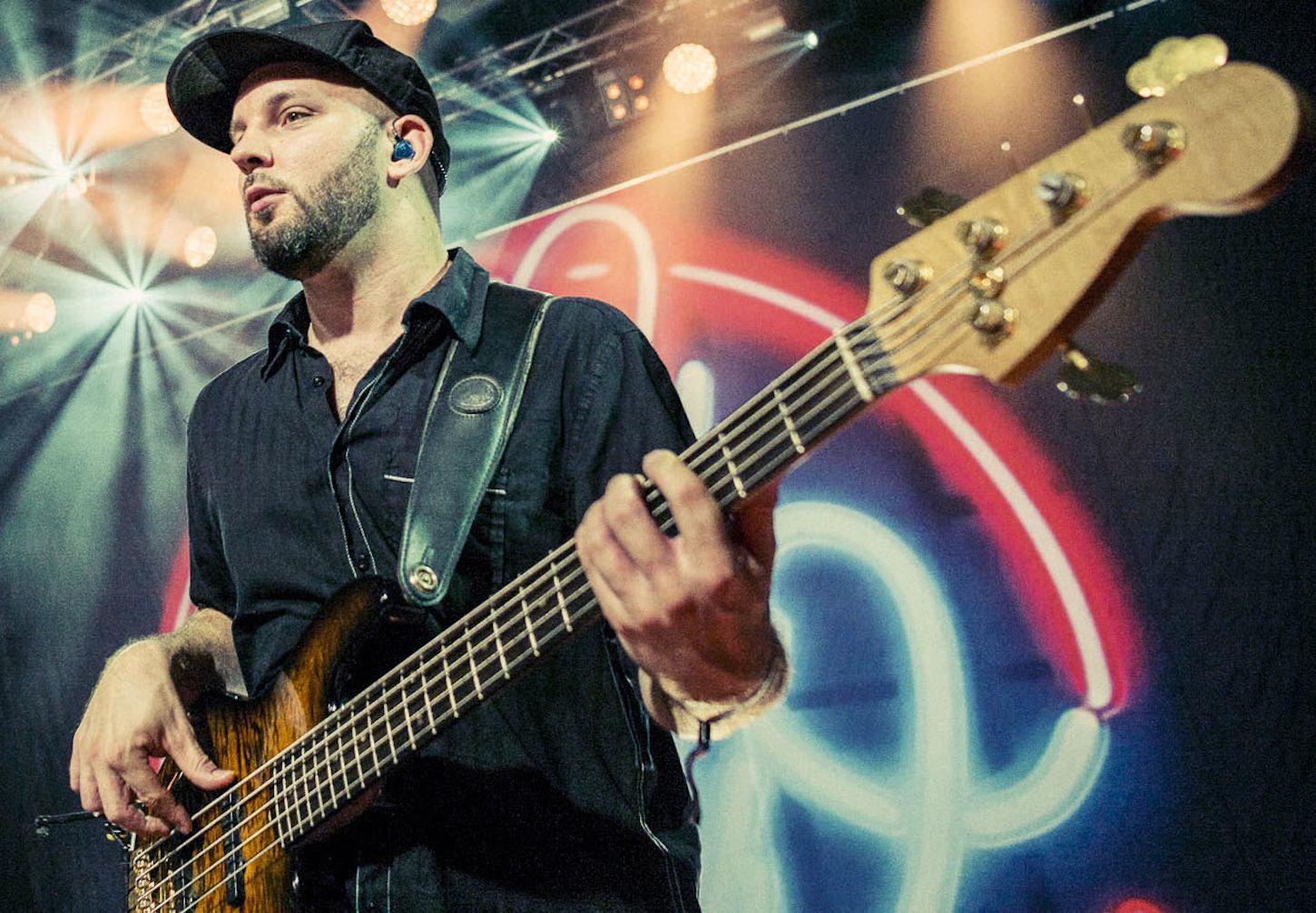 Born in Cologne, Stefan Fuhr's career has him taken all over world playing for diverse artists such as Yusuf/Cat Stevens, Sido, Dead Prez, Adel Tawil, Culcha Candela, and Jimmy Sommerville. He has performed on the Tonight Show starring Jimmy Fallon in New York City, MTV Unplugged, the Nokia Theater in LA, the Apollo Hammersmith in London, Festival Vina del Mar in Chile, the Donauinselfest in Vienna, and the Olympia Stadium in Berlin amongst many other venues and events.

Stefan studied classical and jazz piano from the age of 6 before joining his first band at the age of 16. He was the keyboard player for a funk-cover band and started to realize he would rather play the basslines. He fell in love with the fatness, the groove and the physical impact of the sound. At the age of 19 he quickly picked up the bass and within four weeks had his first gig. It was the most joyful and satisfying experience he had had making music and he never looked back. But at first, being too afraid to pursue a career in music, he taught himself sound-engineering and worked as a sound-engineer for the WDR and Deutsche Welle.

At the age of 30, Stefan made the decision to move to Berlin and start his professional career as a bass player.

Taking jobs in construction, as a stage-hand, and as a limosine driver during the day, Stefan played jam sessions at night. He slowly built a reputation for being a player with a strong feel for groove and sound, while being at home in multiple genres. When Stefan began playing for Sido and his career took off. He has played at reggae festivals like the Ruhr Reggae and Chiemsee Reggae Summer Festival, hip hop festivals like the Frauenfeld Festival in Switzerland, many recording sessions and toured all over Europe.

Apart from the big stages Stefan Fuhr's passion for groove heavy genres such as hip hop, neo-soul, and contemporary jazz has taken him to smaller and more intimate venues like the Jazz Cafe in London, the A-Trane in Berlin, the New Morning in Paris and the Nefertiti in Gothenburg. He also hosts a weekly open mic hip-hop jam session with his band „The Swag“ which has a reputation for being a strong underground center of the hip hop community in Berlin, pulling in visitors and guest artists from all over the world every Tuesday.

In February 2011 Stefan was hired as the bass player for a recording session at Hansa Studios in Berlin with Yusuf commonly known as Cat Stevens. From then on Stefan has been Yusuf's bass player for all live performances and tours. He has toured Europe, the Middle East, South America and North America as a member of Yusuf's band.

In his spare time Stefan Fuhr enjoys constructing basses that he often plays professionally, cooking and building furniture for his home.